Bands I Love: The Nation of Ulysses 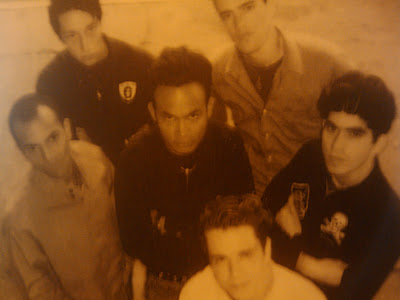 number 8 on my favorite bands of all time list

number of years i have been listening to them: since 1993
how i got into them: i was already a pretty huge Fugazi fan in 1993 and began buying every album by every band on Dischord because of that. i remember ordering Nation Of Ulysses' 13 Point Program to Destroy America, Shudder to Think's Get Your Goat, and the Faith/Void split album together. me = mind blown upon first hearing the NOU.
favorite album: PLAYS PRETTY FOR BABY!
favorite songs: Look Out! Soul Is Back, The Hickey Underworld, N-Sub Ulysses, A Comment On Ritual, You're My Miss Washington DC
direct influence on my musical taste: the Nation Of Ulysses influenced my ideas of what exactly a punk rock band could sound like, they also got me interested in Jazz (briefly) and most important of all they taught me about aesthetics in rock and roll and how important look and imagery can be.