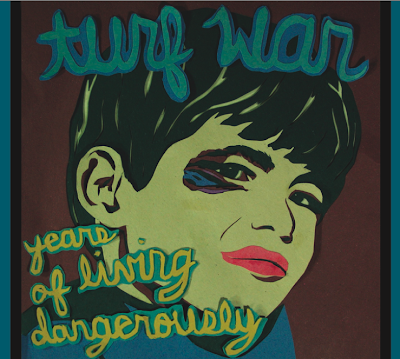 the city of Atlanta has been killing it for a few years now with some of the best rock n roll around...but Turf War might just be the best goddamn band yet. always a great live band for a couple of years now they'd now releases an album that does it's best to capture what makes these Southern boys so fucking good.

their debut, Years Of Living Dangerously, is the kinda record that hits you in your gut. it's gotta that energy that only a lovable loser whose been beat down by years of bad choices and worse luck can produce. it's the story of 1000 late night benders and 1000 blurry eyed hangovers all crashing together in an ode to having a good time and having no regrets...even if we all die too young. it's what a good rock record should sound like: a little bit sad, a little bit angry, and with enough hooks & catchy choruses to make Tom Petty proud.

Labels: best of 2011, not really a review, turf war, years of living dangerously