I'm Losing Touch With My Mind 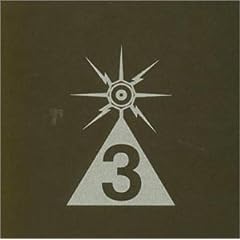 so everyone is so into psychedelic rock amd spacerock and acid and the 60s to the point that i want to barf everytime i see a reference to Hawkwind when describing someone's record...anyways the original band that jumped on that bandwagon and made stealing from the 13th Floor Elevators cool was today's band of the day, SPACEMEN 3.

they were fronted by Jason Pierce aka J Spaceman who later went on to form Spiritualized. their sound was very minimalist with droning guitars, softly sung or spoken lyrics, and monolithic drumming. lots of feedback and they lived by their motto of "Taking Drugs To Make Music To Take Drugs To" . they created the basis for the whole post-rock movement of the 90s and their drumming style was ripped off by nearly every shoegazer band. The Velvet Underground, The Stooges, Suicide, Silver Apples, Sun Ra, and 13th Floor Elevators were just a few of their name checked influences. they released their debut Sound Of Confusion in 1986 and released several albums and Eps until 1991 when the band broke up...in post breakup labels have reissued tons of live and demo recordings as well as numerous greatest hits style packages. it's difficult to pick a best place to start if you aren't familiar with the band. the first album i ever bought was "The Perfect Prescription" and i was pretty much hooked after that, so i'd say that one is as good as any.

the video for "walking with jesus"

Labels: band of the day, music