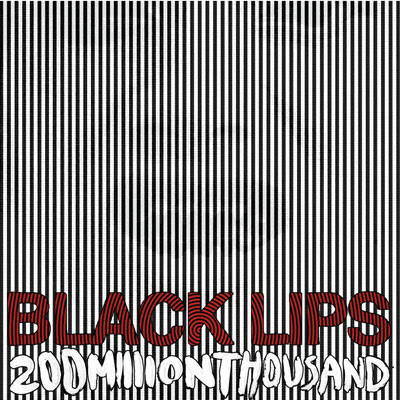 the first time i listened to this record i declared that it was in fact the Black Lips best album yet...then i listened to it a couple of more times and decided that i was wrong, it's still a pretty fucking good record. after 2007's Good Bad Not Evil i assumed they'd continue on with their more polished sound and recording but was happy to discover they'd returned to their more lo-fi roots and delivered an album that was more like my favorite Black Lips' album Let It Bloom. fans of their early work will be more than pleased. the Lips continue amuse me with their bordeline retarded antics and rowdy live shows, but the solid albums are really what make me love this band. highlight tracks are #2 "Drugs", #3 "Starting Over", #8 "Big Black Baby Jesus Of Today", & #11 "Drop I Hold" (which might be my favorite track as it sounds like a lost Wu Tang Clan song sung by a honky garage band from the ATL). 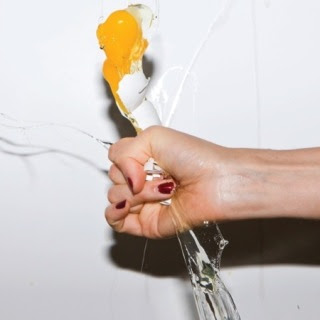 what is up with the 21st century's rockers and their 3rd albums? the Strokes, Interpol, The Walkmen, & TV On The Radio all among the most promising bands of this decade who recorded 2 really great records and then followed them up with predictable/boring/or disappointing third efforts. i'm not saying that each of those bands third records were total failures, but they were in no way what i was expecting and hoping for from each of those bands. well you can go ahead an add the Yeah Yeah Yeahs to that list as well with It's Blitz. first off i understand the need for bands to "change things up" every album or so, but why is ditching the guitars the standard move for bands? i blame Radiohead. so yeah, It's Blitz is a guitarless new-wave-ish dance-y record that i don't think you could really dance to. i mean lead off track and single "Zero" is danceable (with a little remixing) but that's about it. the first thing i thought when i heard this record was, "The Yeah Yeah Yeahs have been listening to too much M83"...but whatever, just cuz you ditched your guitars for synths doesn't mean you have to make me dance. Suicide sure as shit don't have any disco hits, but the YYYs ain't Suicide. the track everyone seems to be freaky out about is "Skeleton" which sounds is a bit of a sequel of sorts to "Maps" written from the older point of view...or something. it's a good song for sure but i don't know if it's because i'm 30 and jaded or because it's not that great of a song, because i wouldn't put this on a mix tape for anyone. i don't know, maybe i just need to give this album some time and it'll grow on me, but right now i'd give it a 6.5 outta 10.
It's Blitz! - Yeah Yeah Yeahs
Posted by JR Suicide at 12:23 PM