our band of the day is The Pop Group. a post-punk band formed in Bristol, England who fused their love of funk, punk, dub, and free jazz into something unlike anyone else ever before. Nick Cave proclaimed them to be his favorite band of all time. they released 1 incredible album, Y as well as another album i've never actually heard called How Much Longer Do We Tolerate Mass Murder? and one classic single "We Are All Prostitutes" for Rough Trade. they predate the No Wave scene but it would seem obvious that they had a major influence on James Chance. their sound could best be described as a combination of This Heat & The Birthday Party with Lee "Scratch" Perry producing it...so yeah, pretty fucking arty shit. if you're a fan of The Slits, James Chance & The Contortions, A Certain Ratio, Public Image Ltd., or the Liars then the Pop Group is for you.

if you can find Y, i highly recommend it. one of my truly favorite bizarre albums. 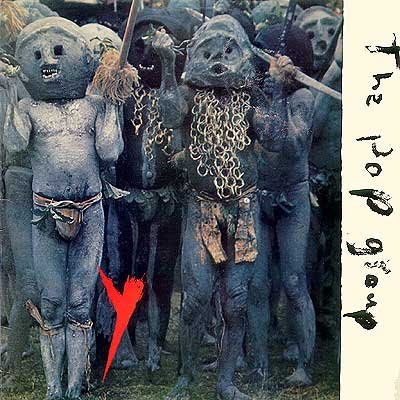 here's a video for the band's best track "She's Beyond Good & Evil" off the album Y. worst lip syncing EVER!!!