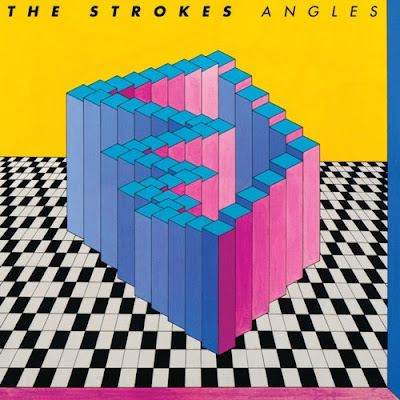 i typically do not like to talk shit about people’s music because it doesn’t really bother me what people listen to as long as they don’t make me listen to it but then there albums i was either a. looking forward to that totally let me down or b. are impossible to escape and drive me fucking crazy. these are the albums of 2011 that i didn’t care so much for.

The Strokes Angles
i have never apologized of my love for the Strokes. they make really solid pop music and they helped bring back an interest in 70s punk and jeans that actually fit. and i was so ready for this album to be my jam in 2011…but then i started reading the interviews and it became pretty obvious that even the Strokes thought this thing was a piece of shit. AND then it came out and i bought it anyways and FUCK does it suck. this is the sound of a band that doesn’t care about being a band anymore.

Dum Dum Girls Only In Dreams
i am not sure what happened with this band in the course of a year but i really fucking hate this overproduced piece of shit of an album that sounds like Wilson Phillips trying to sound like Mazzy Star.

Zola Jesus Contatus
i really like Zola Jesus. a lot. but after listening to this record i started to get the feeling she was just a one trick goth pony making the same record over and over again. it’s not that i don’t like this album so much as i don’t ever listen to this album after being super excited about it.

Jay Z/Kanyne West Watch The Throne
i used to really like both of these guys. Jay Z for his ability to produce solid jams and Kanye for his ability to be a crazy asshole that pissed everyone off like noone has since Axl Rose or Liam and Noel….but this album might as well have been called FUCK YOU WE ARE RICH AND FAMOUS AS HELL AND YOU WILL BUY THIS NO MATTER WHAT KID OF WEAK ASS SONGS THAT COULDN’T EVEN BE B-SIDES ON THE BLACK ALBUM WE PUT ON THIS SHIT.

Washed Out Within and Without
i get bored just thinking about this record. i know it isn’t Washed Out’s fault that dumbass music writers came up with Chillwave…but seriously fuck Chillwave. fuck any kind of waves that aren’t new or no.

Yuck Yuck
i love Dinosaur Jr. and Sebadoh too, but this album has exactly 1 good song.

Pains Of Being Pure at Heart Belong
everything that i loved about their debut is completely missing from this follow up. mostly the songs just suck.

Fucked Up David Comes To Life
quoting a friend, “Dude, it’s like Fugazi and Pink Floyd made an album together.” me, “that sounds like the worst fucking idea ever.”

Bon Iver Bon Iver
the literal most boring music ever made. this is Coldplay for people who say they hate Coldplay. i wish someone would burn this dude’s cabin down.

Radiohead The King Of Limbs
i get it. you guys hate making rock music. i just don’t care anymore.
Posted by JR Suicide at 1:10 PM