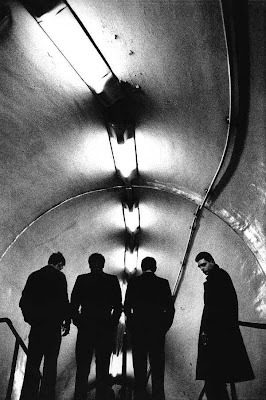 number of years i have been listening to them: since 1994
how i got into them: i was listening to a mixtape i had made of my favorite New Order songs after school one day and this older goth kid from my drama class told me i should check out New Order’s original band Joy Division...and so i did. pretty solid move on my part.
favorite album: Closer
favorite songs: digital, she's lost control, twenty four hours, decades
direct influence on my musical taste: although i was already starting to get into post-punk, Joy Division sparked an interest in the darker/gothier stuff. also my first ever band in highschool (called the Prom) was a total Joy Division ripoff band. we were about 7 years ahead of Interpol...we shoulda stuck with it.
Posted by JR Suicide at 3:20 PM