HEY HEY IT'S THE HORRORS 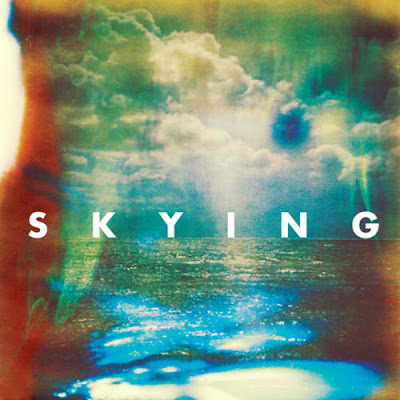 i enjoy the Horrors even in spite of their Tim Burton/Edward Gorey goth teen outfits and haircuts...i mean a good band needs a good schtick sometimes. i can appreciate that. some of the greatest bands of alltime dressed like cartoons and had silly made up names. besides, isn't it the music that matters?

and as far as that goes i thought their debut album of Cramps and Gruesomes inspired garage was mostly forgettable with a few good singles, but then they dropped Primary Colours outta nowhere and did such a good job aping 90s shoegaze and Pornography era Cure that i was totally sold from then on. now in 2011 they return with Skying which drops most of the My Bloody Valentine-ish elements of their previous effort and replaces it with a pretty healthy dose of The Psychedelic Furs. like A LOT of Psychedelic Furs. like a FUCK TON of Psychedelic Furs...like maybe that's the only tape they had in their van for a whole month. there's some Chameleons in there too and some dreampop and lots of other shit that i enjoy. and yeah i know it's lazy to say this band's new record sounds like X, Y, and Z...but i am a lazy fucking person.

anyways it's in no way as immediately satisfying a record as Primary Colours but i still think anyone who was a fan of that record is gonna dig Skying too. i'd recommend it.
Posted by JR Suicide at 1:01 AM

Labels: new music, not really a review, the horrors