The Greatest Garage Rock 45 Of All Time: The Keggs 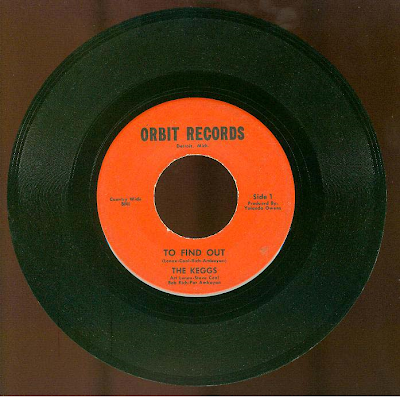 so this band the Keggs released one 45 ever and it fucking rules the universe. legend has that only like 75 copies were ever pressed and most were burned in a house fire and the lead singer got decapitated in a motorcycle crash. then the songs got issued on those Back From The Grave comps Crypt Records put out. i don't know how much of that legend is true and i don't care, it's a good story. regardless "To Find Out" is right up there with "Psycho" by The Sonics and Bunker Hill's "The Girl Can't Dance" on my list of raw loose garage rock and rollers. hell when you listen to it you'll probably think the Black Lips should be paying these dudes some royalties. regardless listen to both songs and then hunt them down. fucking amazing.