AWK Parties Hard and Blows Stuff the Fuck Up 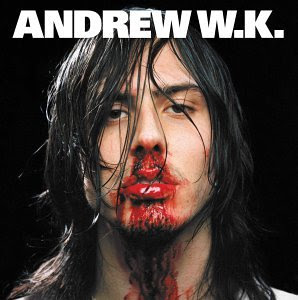 file this one under: YES!!!

Andrew WK likes to Party Hard and also apparently blow stuff the hell up with 10 year olds. he has a new kid's show on Cartoon Network where he helps kids build stuff and then destory it. FUCKING AWESOME!!!!!

i wanna be on this show.

random true story: many years ago while my band was on tour we played this show somewhere in Virginia (sorry i forgot the exact town...hell i could even be wrong about the state) and it was a pretty lame show, but we ended up going to some house party with these kids we met at the show. the house was packed, but kind of lame and i'm pretty sure they were listening to like Belle & Sebastian or something of equal non-partiness. then one of the kids at the house asked us to DJ so that people would dance. instead we took out the Andrew WK CD and put it on the stereo and within 2 minutes of the opening track "It's Time To Party!" beer was flying in the air, a mosh pit broke out in the living room, someone tore down all the curtains, and a table got smashed in half. then the cops showed up. so yeah, Andrew WK kinda rules.
Posted by JR Suicide at 4:55 AM