The Agenda...now older, fatter, balder, and with beards. 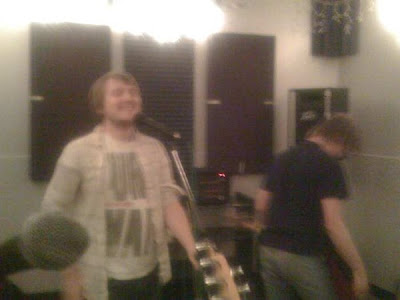 so after 5 years of inactivity, my old band THE AGENDA is calling it a comeback...or at least an attempt at a comeback and entering into the whole rock n roll circus, again. we had our first band practice together in over 5 years and i suddenly remember that singing is actually kinda difficult, especially when you haven't done it in a long ass time. right now my voice is somewhere between sorority girl and throat cancer survivor after two hours of doing my best Iggy Pop and Mark Arm impressions. also trying to remember lyrics to songs you wrote when you were 23 and 24 is like way hard when you are 30 and havent heard any of them in half a decade. and they only have like 12 wors per song...short term memory loss is a motherfucker! regardless it's good to be back with a band again as i've definitely gotten bored and old in the last several years.

anyways we are playing Athfest at the end of this month and then possibly an out of town show or two before another show here in September.

thankfully we wrote a bunch of the stupidest easiest garage punk songs of all time, or else i might be worried about less than 3 weeks of practice until our first show.
Start The Panic - Agenda!
Posted by JR Suicide at 2:32 AM

Labels: bands i love, shameless self promotion, shows in athens