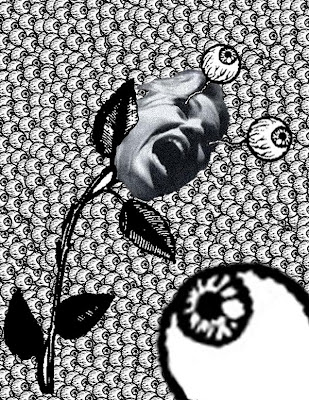 Athens, GA is always a tough place for a band that rocks. i mean REALLY rocks. like Swampland rocking...not some indie rock band that thinks "Serpentine Pad" is a punk song, no this is the straight balls out swamp boogie with a head full of steam and your ears are still ringing 2 days later rock n roll. VINCAS has all that shit in spades. Vincas is the newest project from former Some Soviet Station, Paper Lions, & Teenage Methlab bassist/singer Chris McNeal and where those old projects always knew how to bring the heavy shit, this newest band has cut away the layers of post-hardcore and noiserock fat and delivers some lean and mean dirty punk-flavored rock and roll. i finally got my ass out to one of there shows yesterday after missing them about half a dozen times and i'm glad i did. they played a short and energetic set of originals that sounded like a grab bag (and i mean that in the best way possible) of swampboogie punk (Gun Club, Scientists), early grunge (Green River, Mudhoney), & LA punk (X, Black Flag, Weirdos). then for a special treat they rolled out of set of kickass classic punk covers including "Machine gun Etiquette" by the Damned, "Attitude" by Bad Brains, and about 5 or 6 Misfits classics. it was was pretty fucking awesome.

it sucks that the kids in Athens are always more interested in bullshit than kickass rock, luckily Atlanta is only an hour away...which is where Vincas will obviously have a better shot at breaking in. but if you are a resident of the Classic City and need something that kicks you in the teeth, but in a good way then come check these guys out the next time they play.

The Vincas myspace page.
Posted by JR Suicide at 10:40 AM